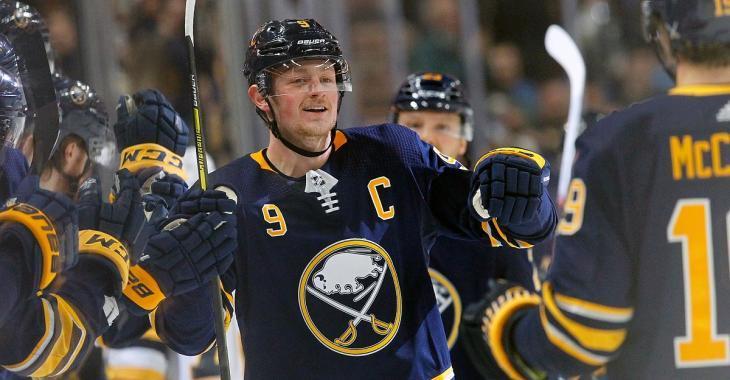 We have what may be a huge development on the Jack Eichel front, one that I must admit seems a little bit odd to me but one that comes from a pretty legitimate source.

On Monday morning Rangers reporter Rick Carpiniello of The Athletic dropped what I would consider to be a pretty big rumor when he linked another huge name to the ongoing rumors surrounding a potential trade of the Buffalo Sabres captain. As most of you know by now one of the teams believed to be among the frontrunners for Eichel's services for some time now have been the New York Rangers, although both sides have been unable to get the deal across the finish line thus far.

According to Carpiniello's latest comments however it sounds like the Rangers may be significantly stepping up their offer, so much so that it is believed  that Mika Zibanejad, one of their top forwards could be included, in the package.

"DO NOT be surprised if Mika Zibanejad is in the deal that ultimately brings Jack Eichel to the New York Rangers," wrote Carpiniello on Monday.

I mentioned earlier that this seemed somewhat strange to me and here I will explain why. First, from the perspective of the Buffalo Sabres I simply don't see this deal making a ton of sense. Why would a rebuilding team be interested in bringing in a 28 year old centerman on an expiring contract, as opposed to young assets and draft picks?

There's also the matter of Zibanejad himself. The talented forward currently has a full no movement clause in his contract, and I simply don't see a world in which he would waive that clause in order to go from the New York Rangers to the Buffalo Sabres. Zibanejad is no doubt looking to cash in huge on his next contract after this upcoming season, and a poor season on a bad team in Buffalo would be a great way to potentially cost himself millions of dollars in free agency.

By no means am I suggesting that Carpiniello is being dishonest here, I simply don't see a world in which the Rangers can convince both the Sabres and Zibanejad to make this trade.

5 players who may have to settle for a PTO.
Subscibe to
Our NEWSLETTER
Receive the best articles of the web directly in your email