The trade might take place later on with interest growing around the league. 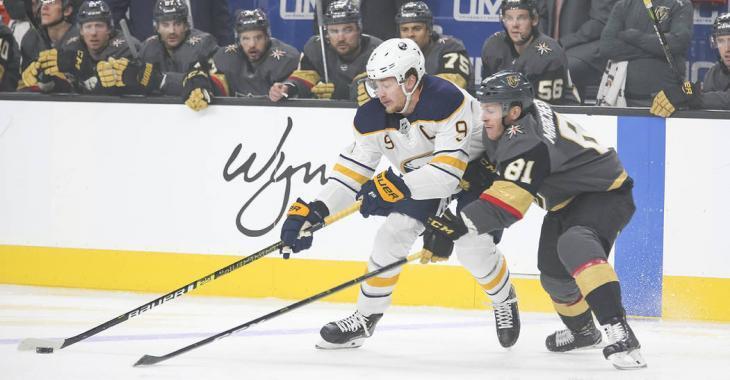 Once again, Jack Eichel is the hot topic and you get why. Eichel has been trending in trade rumours ever since the Buffalo Sabres were out of contention, and talks heated up when the captain admitted that he would mull over his future with the organization this summer. He was especially upset with the Buffalo Sabres’ demands not to undergo surgery on the herniated disc in his neck. Eichel went on to say that there’s a “disconnect” between him and the Sabres organization regarding a neck injury that he suffered and that his focus is on getting healthy for next season “wherever that may be.”

While fans are keeping a close eye on when this trade could take place, Sportsnet’s Elliotte Friedman revealed in the 31 Thoughts podcast that we might have to wait until the Seattle Kraken is done with its expansion draft for a move in Buffalo to take place.

Sure, fans are willing to wait to see what GM Kevyn Adams can get for his captain, but the interesting thing Friedman brought up is that now another team looks to be entering the Eichel sweepstakes.

The insider believes the Vegas Golden Knights are sniffing around and looking to get in the mix.

It’s been said more than once that the asking price is too much. Just recently, TSN’s Pierre LeBrun reported that the Sabres will be expecting to demand a 2021 first-round pick as part of their return for Eichel, putting the timeline for a deal ahead of the July 23 NHL Draft.

Back in June, LeBrun reported that six teams make sense to acquire Eichel now that talks are getting more serious and intense, and listed the Minnesota Wild, along with the Los Angeles Kings, Anaheim Ducks, Columbus Blue Jackets, Philadelphia Flyers and New York Rangers among the many clubs that could make sense as a landing spot.

Evander Kane is not welcome back in the Sharks organization