Does this make more sense? 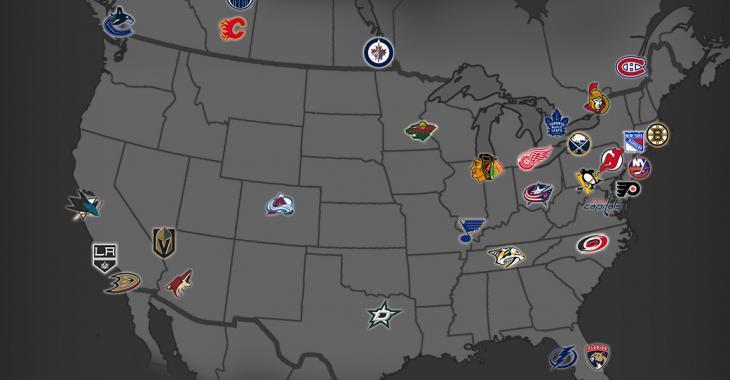 We are still waiting to see what the regular-season calendar will look like in the National Hockey League in 2021, however, we might be getting closer to what the divisions will be in this special format.

It seems almost set in stone that there will be an all-Canadian division with the Calgary Flames, Edmonton Oilers, Montreal Canadiens, Ottawa Senators, Toronto Maple Leafs, Vancouver Canucks, Winnipeg Jets all in the same group given the current border and travel restrictions in Canada and the United States.

However, Pierre LeBrun reported a new change to what the other three divisions could look like in America. He explained how some teams could be changed from the previous rumoured format, which went like this:

Here is what LeBrun has heard now:

“I checked with a source today who suggested still not a firm decision on exactly how those U.S. divisions will look like. There are some swing teams that you can put in a couple of different divisions. You know, Pittsburgh (Penguins) could be in the Central or in the East (division) with the rival (Philadelphia) Flyers. The Penguins would rather be east. Minnesota (Wild), St. Louis (Blues) and Dallas (Stars) all central time zone teams that could be in the West (division) or it could be in the Central (division) that still has to be resolved where all those teams end up.”

Do you believe this is more plausible? What is your favourite projected look for the four potential divisions for the 2021 NHL season?

Former NHL defenseman Tom Kurvers has passed away.
Subscibe to
Our NEWSLETTER
Receive the best articles of the web directly in your email