Perhaps the most damning statements yet from Anna Kane. 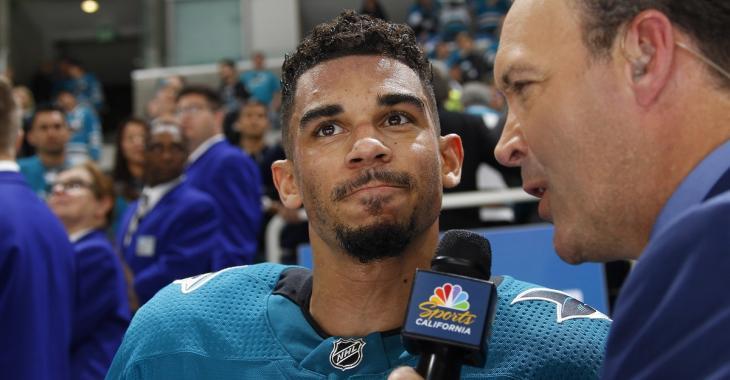 Over the weekend Anna Kane, the wife of San Jose Sharks star forward Evander Kane, rocked the hockey world when she made some very serious public allegations against her husband, the kind of allegations that could potentially cost him his career in the National Hockey League.

Those accusations have since been reported in several major outlets and as a result Kane himself has responded to the things he has been accused of doing by his wife, that response came via two statements that Kane issued against the advice of his lawyers on social media. Kane's denials however seem to have only fueled his wife's anger, and as a result she has continued to vent her frustration by publicly revealing what she claims to be her husband's wrongdoings.

In her latest post, Anna Kane describes a situation in which she was married to a man that would frequently court prostitutes while associating with people that he claimed would murder both her and their daughter if she ever went public with the information that she is now sharing. Perhaps even more damning for his hockey career though are her claims about him lying to the Sharks.

Here are her words, unedited and in full:

Soon to be ex wife because I tried to stop you from gambling. Has anyone ever dealt with an Addict?

When you were flying to different cities this year on OFF days with criminals to count cards at random casinos and told me the people you are gambling with would kill me and Kensington if I told anyone.

So I was supposed to let you gamble, cheat on me with prostitutes and be ok with that life.Sorry these are the Facts,
Everything Evander says is a calculated lie to make me look “crazy”I think mental help is needed after you lose every dollar you ever made gambling but continue to gamble and do not think you have a problem and refuse any kind of therapy and continue to lie to the therapist who the Sharks force you to talk too!

Her final message is one that honestly just makes me feel sad for her. In this Anna sounds like a desperate wife that has completely lost control of her marriage.

Again, in her own words entirely unedited:

The press is letting him control  The narrative because of who he is,
But I think anyone can see through his manipulation and see the truth.I asked him to go to therapy, but he told me it’s not important for us to try to save our marriage.

He wants to be able to gamble and live freely.

Embarrassed in every way that things are public and I hope one day you realize that your GAMBLING is the problem.Not an ex wife or anyone else.

Regardless of who is at fault in this situation there are clearly some hurt people here, and I hope they can all get the help that they need.