A sad way to go out. 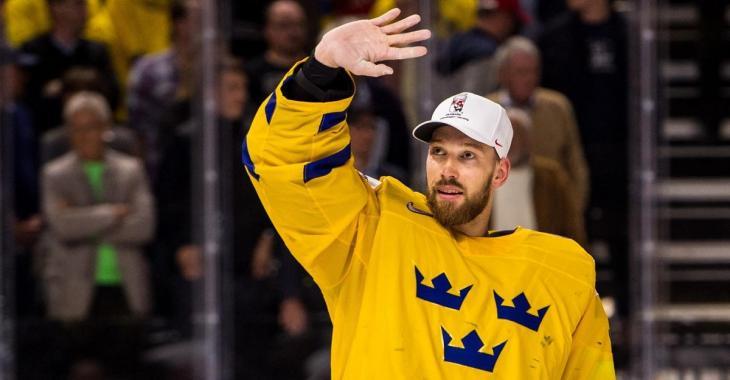 We have some somewhat sad news to report today.

On Sunday veteran goaltender Anders Nilsson took to social media and published a message in which he revealed that injury concerns would force him to step away from the sport of professional hockey at just 31 years of age. Citing problems caused by both concussions and injuries, Nilsson revealed that he would be unable to continue playing the sport and even went so far as to admit that this was not how he would have prefered things to end.

In spite of the fact that this had to be an incredibly difficult message for Nilsson to write and publish publicly, the veteran netminder showed tremendous class on his way out. Nilsson seemingly thanked everyone at every level of hockey that had ever helped him achieve his dream of playing in the National Hockey League and playing for Sweden internationally, something he is clearly very grateful for.

I would like to announce my retirement from professional ice hockey. My post concussion symptoms and neck problems make it impossible for me to continue as a professional goalie. Obviously not the way I wanted my career to end, but I got to achieve my dream as a kid to play in the NHL and represent my home country Sweden on the world stage. I would like to thank everyone who has helped me along the way and supported me through the ups and downs of my career. Also, a big thank you to the New York Islanders, Edmonton Oilers, St. Louis Blues, Buffalo Sabres, Vancouver Canucks, and Ottawa Senators organizations who gave me an opportunity to put on their jersey, as well as Ak Bars Kazan. I will always hold with me the memories of playing for those teams. A special thank you to my home town team Luleå Hockey, who supported me from a young kid to a pro.

I believe Nilsson genuinely means what he says as well. He took the time to publish a picture of himself playing with all the teams he mentioned and included those along with his message, no doubt his way of thanking all the fans who cheered for him throughout his NHL career.

Given that Nilsson has now announced he is done for good, he ends his NHL career with 163 games played, a career goals against average of 3.06, a career save percentage of .907 and 6 career shutouts. We wish him nothing but the best in the next chapter of his life.