A stunner from the Ducks. 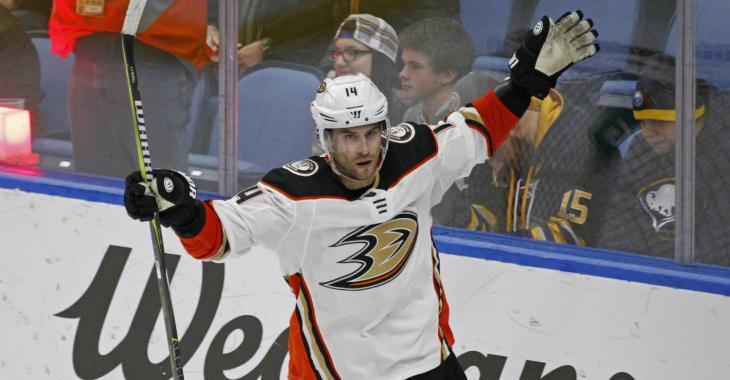 It has been a crazy season in the National Hockey League and there has been perhaps no clearer sign of just how drastically things have changed since the start of the pandemic that the waiver wire.

Throughout the season we have seen several high profile players placed on waivers by their respective teams, as those teams struggle to remain under the NHL's salary cap. The cap of course remained flat this season as a result of the pandemic and will do so again next year, and it seems like each and every day we see more and more high profile players hitting the waiver wire.

That trend continued on Saturday when the Anaheim Ducks made a stunning decision, placing veteran forward Adam Henrique on waivers, not even a full season after he was on pace to score 30 goals for that franchise before the pandemic shut down the 2019 - 2020 regular season.

The move comes as a huge surprise due in large part to the fact that Henrique is in just the 2nd year of a 5 year deal he signed with the Ducks, one that carries an average annual value of $5.825 million per season. Although surprising the move does make sense from the perspective of the Ducks, should Henrique clear waivers they could use his big cap hit to accrue cap space during the regular season with him on their taxi squad.

Like many of the high profile players waived this season I suspect that the odds are Henrique will clear the waiver process by noon tomorrow. Henrique turned 31 just a few days ago so he's likely on the downside of his career, and he has not had a good showing this season with the Ducks. In spite of appearing in 16 games for Anaheim this season he has just 3 goals and 1 assist for 4 points, and currently boasts a plus minus rating of -8 on the season.

That is not a great deal of production for $5.825 million, especially not when you consider that the contract has 3 more years on it after this current season, and it is mainly for this reason that I suspect Henrique will clear.

Rumor: Reinhart heading back home?
Subscibe to
Our NEWSLETTER
Receive the best articles of the web directly in your email