“It has been a long road to get to this point. A lot of ups and downs, riding the rollercoaster of emotion.” 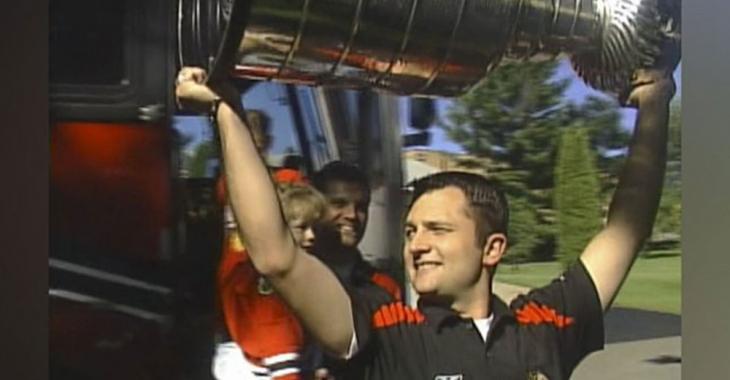 The Chicago Blackhawks organization has been absolutely rocked by scandal this offseason after it was uncovered that the team hid allegations of sexual assault for over a decade.

The allegations came to light earlier this offseason after a former player filed a lawsuit in Chicago against the franchise. That unnamed player alleges that he reported the abuse to the team and that he was essentially ignored. The player alleges that then team video coach Brad Aldrich had allegedly sexually assaulted him and then threatened him via text messages and other communications against making a complaint.

A second former player alleges that he was also sexual assaulted by Aldrich and he also accuses the Blackhawks of covering up the abuse of two players and then granting Aldrich a letter of reference when he left the team quietly in the summer of 2010. That letter gave him the opportunity to go on and find other victims, the lawsuit alleges. Aldrich would go on to be convicted of abusing a 17 year old hockey player in 2013 after resigning from his position as director of hockey operations at Miami University on Nov. 27, 2012, “under suspicion of unwanted touching of a male adult."

Needless to say, these do not sound like hollow allegations. The fact that the Blackhawks choose to ignore these serious allegations indicates to me that they're culpable in this crime. Not only did the team fail its own players in this matter, it enabled Aldrich to continue his abuse as evidenced by his 2013 conviction. Frankly, it's sickening... why were the police not involved the moment allegations surfaced?

The Blackhawks and the NHL to this point have been in cooperation with law firm Barnes & Thornbury during their investigation and investigative reporter Rick Westhead of TSN has done some incredible work in getting to the bottom of this sickening story. Now, the Chicago Tribune's Christy Gutowski has managed to get a quote, if only a small one, from one of the alleged victims. The victim, who is going by "John Doe" to hide his identity, offered up this statement to Gutowski:

“It has been a long road to get to this point. A lot of ups and downs, riding the rollercoaster of emotion.”

For the full article from Gutowski, which is behind a paywall, visit: