NHL News : Alexis Lafreniere in mourning after tragic passing of his friend and agent

The 1st overall pick was excited after scoring his first NHL goal last night, but is in mourning today... 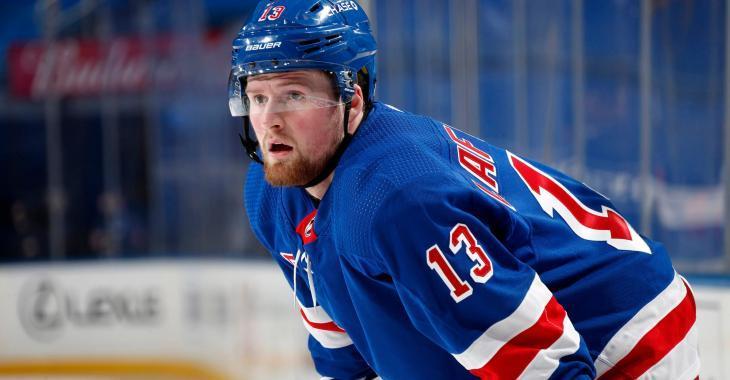 New York Rangers rookie forward Alexis Lafreniere might have scored his first NHL goal last night as the game-winning goal, the joy he felt was short lived as he is now in mourning.

The young forward shared a touching post on social media after it was announced that player agent Christian Daigle past away at the very young age of 42. It was announced by his own agency, Momentum Hockey, where he was president. His firm represents some players from the National Hockey League, such as Lafrenière, Antoine Roussel, Cedric Paquette as well as the brothers Pierre-Olivier and Mathieu Joseph.

Before he became a player agent, Daigle was himself a hockey player. He led the Val-d'Or Foreurs to the Memorial Cup tournament back in 1998 thanks to his 38 points, which included 15 goals, in 19 playoff games.

He also wore the uniforms of the Hull Olympiques, the Moncton Alpines and the Granby Predateurs, in the Quebec Major Junior Hockey League.

Lafreniere posted in French, wishing for Christian to Rest In Peace and that he will miss him.

Our thoughts go out to Lafreniere and everyone who loved Christian Daigle.