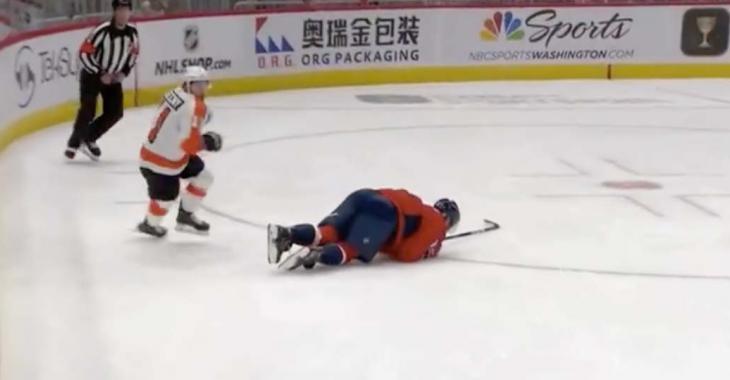 Uh oh… the Washington Capitals weren’t looking to finish the preseason like this.

Captain Alex Ovechkin left the Capitals’ final preseason game against the Philadelphia Flyers with an apparent knee injury midway through the first period after hitting winger Travis Konecny in the offensive zone, falling down after, and shaking off his left knee.

He remained on the ice long enough to worry fans and teammates.

Check out what happened:

During the first intermission, the Caps announced that Ovechkin will not return for the remainder of the contest.

The Capitals will open the regular-season against the New York Rangers on Wednesday and will likely already be without center Nicklas Backstrom, who has yet to skate since the team’s first-round series exit in the 2021 Stanley Cup Playoffs due to a hip injury.

Imagine if they have to do it without Ovi.

Ryan Hartman adds fuels to fire with Gabriel Landeskog!
Subscibe to
Our NEWSLETTER
Receive the best articles of the web directly in your email