This commercial is epic. 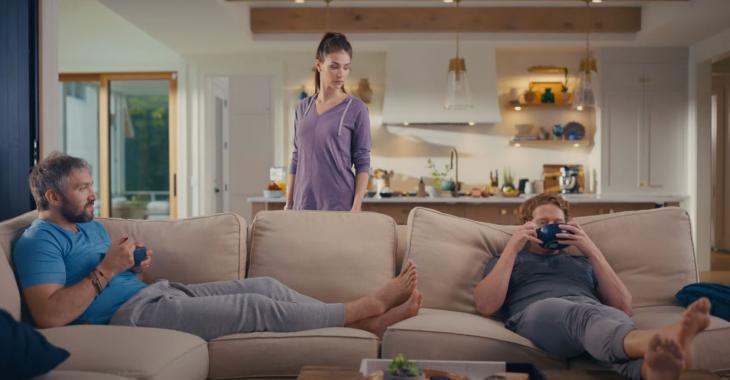 NHL fans want it to be real. I’m sure if Alex Ovechkin’s wife Nastya Ovechkina does though.

The Washington Capitals’ captain and his teammate Nicklas Backstrom are simply fantastic is this new commercial by MassMutual. Nastya completes the trio in what you have to admit is the best TV off the ice involving two NHL superstars.

The ad is set at the Ovechkins’ house in Northern Virginia. Nastya is going through a stack of mail, only to notice that Backstrom is on his life insurance policy. Thinking this is a mistake, she comes to her husband with some important questions, and his answer is simply perfect, especially how it sets up Backstrom’s cameo.

The ad first aired on TV during ESPN’S regular-season opener between the Pittsburgh Penguins and Tampa Bay Lightning on Tuesday night.