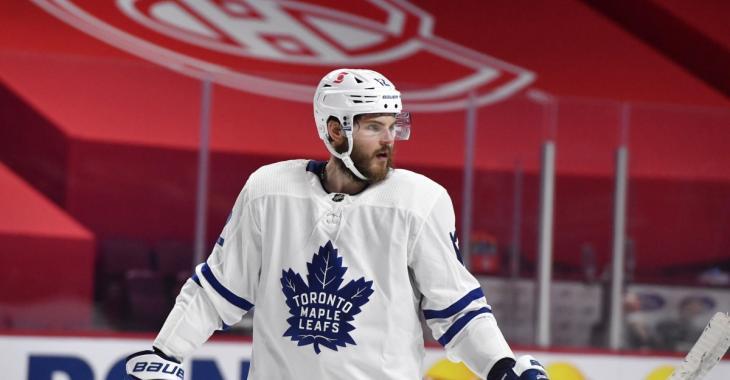 Alex Galchenyuk is on the move again.

According to his agent Pat Brisson, who spoke with insider Pierre LeBrun hours before the opening of free agency on Wednesday, his client will test the market.

This makes it an eighth move for Galchenyuk ever since he was traded from the Montreal Canadiens to the Arizona Coyotes back in the summer of 2018.

He started his NHL with the Montreal Canadiens, where he played spent the first six years after the Habs selected him third overall in the 2012 NHL Entry Draft. Then, he landed in Arizona, before he was traded to the Pittsburgh Penguins, and then the Minnesota Wild.

He went on to sign as a free agent in the 2020 offseason with the Ottawa Senators, to be traded to the Carolina Hurricanes, who never dressed him for a game.

He was quickly acquired by the Toronto Maple Leafs, where he spent the rest of the season, tallying four goals and 12 points in 26 games. He added a goal and four points in six playoff contests before the Leafs were ousted in the first round by the Canadiens.

Galchenyuk has 140 goals and 193 assists over 583 career games in the NHL. And now will have an eighth uniform…