NHL News : Alex Edler walks away from Canucks despite offer on the table

We did not expect this… 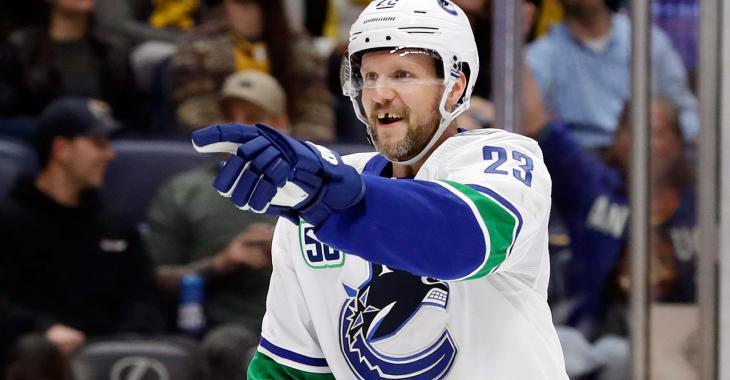 It’s going to be strange to see Alex Edler in a different NHL uniform, but it sounds like this is what’s going to happen.

Edler has been a Vancouver Canuck since the day he was drafted, but his agent Mark Stowe confirmed on Donnie and Dhali show on CHEK-TV on Friday that his client was going to test the free agency this summer.

Stowe surprised the hosts and fans when he revealed that the Canucks had made Edler an offer, but that it was his client’s decision to test the free market. He maintains that the club’s offer was not offensive, his client is simply curious to see what else is out there.

“I don’t think there was an issue in the negotiations … it was more just the chance to do so (pursue free agency) and possibly the last time in his career,” he said.

Edler’s agent added that it was a tough decision for the veteran blue liner who spent his entire career in Vancouver. He has been a shut-down defenseman for the club every season and could find a fit elsewhere, maybe with a contender, to get a chance to hoist the Stanley Cup before hanging up the skates. This will be the first time Edler explores free agency in his career. He's coming off a two-year, $12-million deal inked in June 2019.

This season in 52 games, Edler tallied just eight assists, and a minus-8 rating in a tough season with the Canucks. They did not clinch a playoff spot, which we bet Edler would love to do again before it’s time to call it quits.

Edler is the highest-scoring defenseman in Canucks history with 409 career points. As for his 925 games played in Vancouver, they rank fourth among all players on the team.

Where do you think Edler ends up next season?

Maple Leafs have found their goalie on free-agent market!