The veteran defenceman owns up after an absolutely brutal hit. 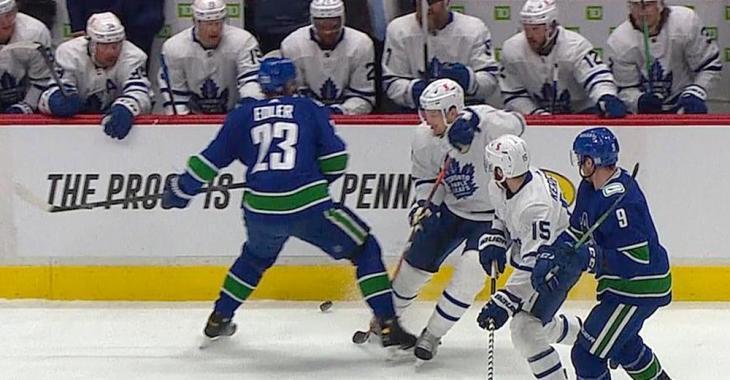 Ugly hit, clearly not intentional from Edler but ugly nonetheless. As a result Edler earned himself a two game suspension from NHL Player Safety.

Yesterday Leafs head coach Sheldon Keefe reported that Hyman will be out "at least" two weeks with a sprained MCL. Today Edler spoke to the media for the first time since the hit and it's clear that the veteran defenceman has regret over the hit.

Check out these comments:

Look, Edler's not a dirty player and clearly just missed his first run at Hyman, but... you can't stick a leg out like that. Ever. There's no need to hang a leg in any situation. Here's hoping that Hyman doesn't suffer any lasting damage from such a dirty hit.