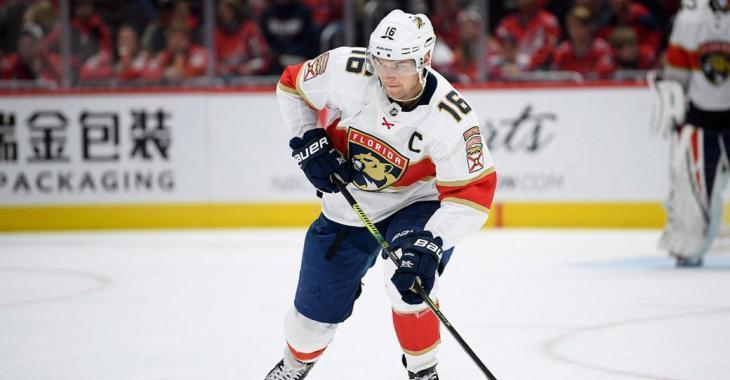 The Florida Panthers are visiting the Blackhawks in Chicago tonight, and it looks like their captain Aleksander Barkov won’t be in the lineup.

It has just been announced that the veteran forward is a scratch for the contest, despite getting on the ice for warmups.

Of course with the trade deadline just around the corner, fans were quick to wonder if a move was behind all this, however, it seems like Barkov spoke with trainers during warmups and then left the ice.

It could be an injury and Barkov is stepping out as precaution.

UPDATE: The Panthers have confirmed that Barkov is out due to a lower-body injury.

Rumor: Rumblings of a big trade and a big reunion for the Chicago Blackhawks.
Subscibe to
Our NEWSLETTER
Receive the best articles of the web directly in your email