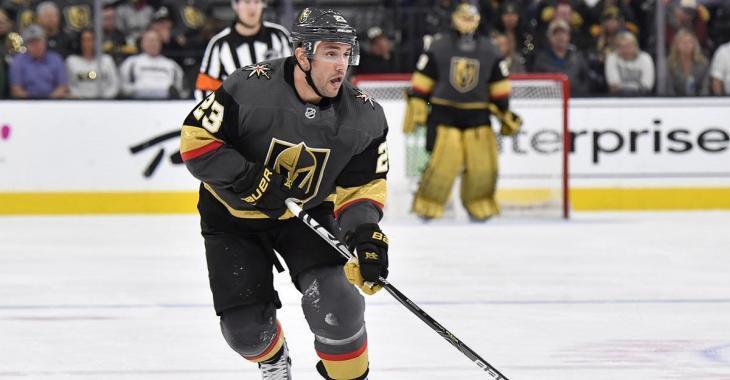 Players in the National Hockey League have a reputation for being the toughest athletes in all of sport and on Saturday Las Vegas Golden Knights defenseman Alec Martinez reinforced that reputation when he revealed he has been playing through a major injury.

Speaking with members of the media, Martinez revealed that he played the entire playoffs with a broken foot. When considering the fact that Martinez appeared in a whopping 19 games through the first 3 series of the Stanley Cup Playoffs, the sheer insanity of this really comes into focus. 19 games with a broken foot that, according to Martinez, was so badly damaged he had to be wheeled around when he wasn't on the ice.

"I was getting wheeled around a lot. Our medical staff is awesome here," said Martinez about his injury.

"I couldn't have done it without the medical staff. They were pretty incredible, to put me in a position to go out there and compete with the guys. So a big thank you to them."

Adding to what will no doubt go down as Martinez's legendary toughness is the fact that no player in the playoffs sacrificed his body more than the Golden Knights' defenseman did. Martinez currently leads the league in blocked shots in these Stanley Cup Playoffs with an insane 70 shots blocked through his 19 playoff games. According to Golden Knights insider Jesse Granger, that is good enough for a 20 shot lead on the next closest competitor. That could result in Martinez leading the league in blocked shots at the end of the playoffs in spite of not even making the final.

This will no doubt serve to continue to endear Martinez to fans after a successful stint with the Golden Knights, a tough position for the organization that will have some tough choices to make this summer. Martinez was in the final year of a 6 year deal that saw him come in at a cap hit of $4 million per season, and it is unclear at this time if the Golden Knights will be able to, or even want to, bring him back on a new deal moving forward.