The Predators take care of a huge piece of business before their season opener! 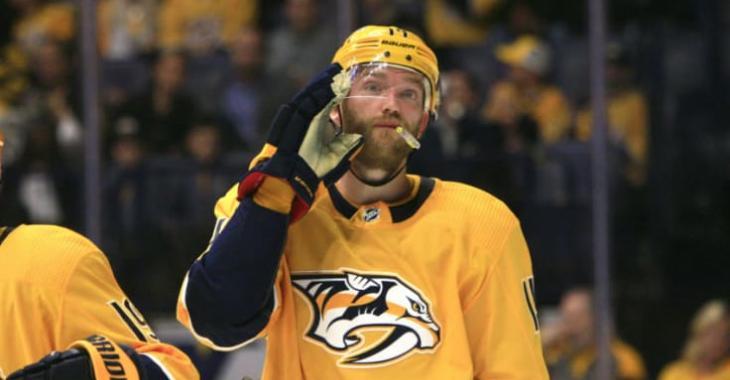 The Nashville Predators didn’t want to miss out on re-signing defenseman Mattias Ekholm, who had hinted last week at the possibility of shelving talks on an extension if things weren’t settled ahead of the season opener.

The Preds are in action Thursday night against the Seattle Kraken and Elliotte Friedman of Sportsnet has just reported that the Ekholm contract extension is done. As he reports, the Predators and blue liner have agreed to a deal of 4 years, $6.25M AAV, for a total of $25 million.

Ekholm has always hoped to remain in Nashville, though there was loud chatter close to the deadline this past March that the Predators might trade him. We had heard that the Toronto Maple Leafs and Boston Bruins had voiced their interest, though GM David Poile was demanding a hefty return and teams were cap-strapped due to the flattened cap space.

As they realized teams were not going to spend to acquire Ekholm and be forced to make tough choices under the cap after the postseason, Poile was relieved to hear that Ekholm wanted to stay and contract talks kicked off during the summer as the defenseman will play out the last of a six-year, $22.5 million contract signed in 2015 and would have been eligible to sign an extension in July.