NHL News : Acciari pulls most incredible shot-blocking sequence in history as he eats so much rubber!

He is the new Scott Sterling! 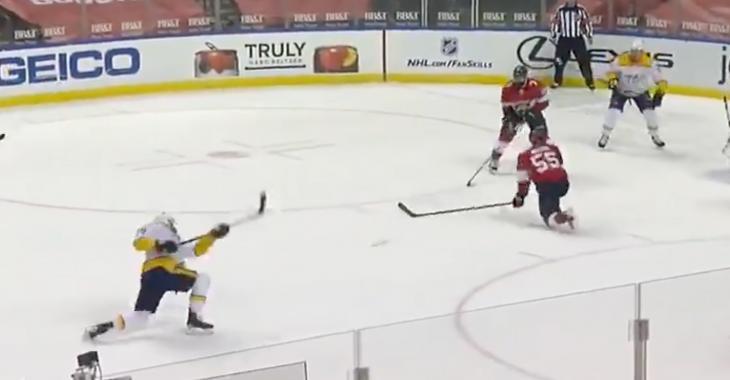 This has to go down as the most incredible shot-blocking sequence in the history of the National Hockey League. Or at least in contention with former Boston Bruins’ Gregory Campbell who remained on the ice for almost a minute after breaking his right fibula during a penalty kill in the second period of Game 3 against the Pittsburgh Penguins back in 2013.

Florida Panthers’ Noel Acciari, who was once a Bruin himself, blocked so many shots in one shift on Thursday night against the Nashville Predators, it is mind-blowing!

The guy eats rubber like he was on a hunger strike for weeks! He is the new Scott Sterling!

For those you don’t know Scott Sterling - get educated.

Report: Jack Eichel will not join the Sabres at training camp
Subscibe to
Our NEWSLETTER
Receive the best articles of the web directly in your email