Aaron Dell knocked it out of the park once again with his pad design. 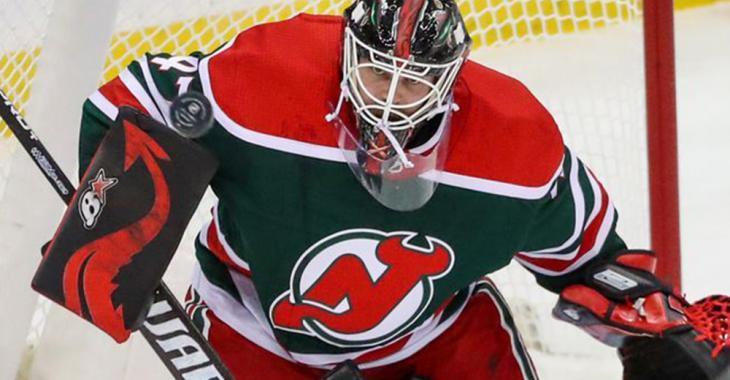 The goaltender in ice hockey is one of the few positions in sports where the athlete has the true opportunity to express themselves through artwork, which until recently has really been limited to mask painting designs. Of course, some of the most recognizable goaltenders in NHL history are easily identified through their iconic mask artwork, including the likes of Ed Belfour, Martin Brodeur, Curtis Joseph, and other legends.

But recently, a trend has become more popular in which designs are digitally printed on the actual pads that goaltenders wear. In year's past, we've seen Felix Potvin incorporate the popular animated "Felix the Cat" design onto his leg pads, along with Kevin Weekes incorporating the use of a ferocious black panther on his equipment.

But one of the most outspoken goaltenders when it comes to incorporating designs onto his equipment beyond just his mask is Buffalo Sabres goaltender Aaron Dell. Having already suited up for the San Jose Sharks and New Jersey Devils along with a brief stint with the Toronto Maple Leafs, Dell has included some rather eye-popping designs into his equipment - perhaps most notably with his gear two seasons ago for the Sharks "Stealth" uniforms:

His setup after being claimed by the Devils off the waiver wire last season was another incredibly eye-catching design:

Now a member of the Sabres, he's continued his tradition. Feast your eyes upon the latest offering from Dell:

It's safe to say that Dell just may be the most fashionable goaltender in the National Hockey League today. He's a veteran of 114 career games, sporting a record of 49-39-12 with a 2.83 goals against average .906 save percentage, and five shutouts. His stop in Buffalo is the latest on his NHL journey, having agreed to a one year, $750,000 deal in late July.

What do you think?

Auston Matthews could miss time due to surgery.
Subscibe to
Our NEWSLETTER
Receive the best articles of the web directly in your email