NHL News : A tearful David Backes gets a standing ovation during his final game in St. Louis

An incredible moment. The former Blues captain is still a fan favorite in his old barn. 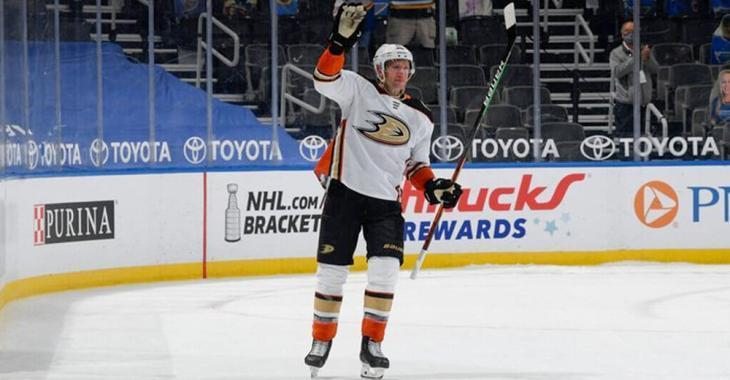 Anaheim Ducks forward David Backes is expected to retire this upcoming offseason when he contract expires making last night's game against the St. Louis Blues as his final appearance in the city he once called home.

Backes, of course, was the Blues' captain for five seasons before signing a five year, $30 million deal with the Boston Bruins back in 2016. And if in fact last night was Backes' final game in St. Louis, well the Blues sent him off into the sunset in dramatic fashion. The team played a touching tribute video on the big screen before fans gave him a long standing ovation.

Check out the video below and watch Backes' emotional reaction to the standing ovation:

An outstanding career and a fitting tribute for a man who always played the game with so much emotion.