NHL News : A shocking 14 Canucks have been added to the NHL's covid protocols. 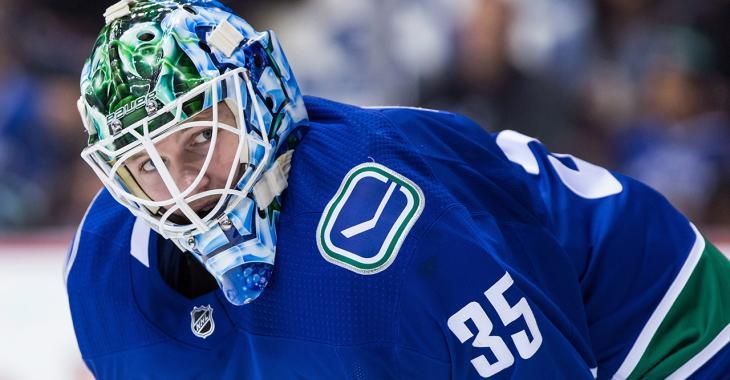 We have an update on the dire situation in Vancouver and unfortunately the latest update paints a picture that is even more dire than we had originally anticipated.

Reports began to surface this week regarding a pretty serious situation involving the Vancouver Canucks and the COVID-19 virus. The virus has proven to be troublesome for several National Hockey League teams and the Canucks are now potentially the worst example of any professional sports franchise in North America that has been impacted by the virus.

According to a breaking news report from NHL insider David Pagnotta of The Fourth Period, a staggering 14 players from the Canucks roster have now been added to the league's COVID protocols list, meaning all 14 of those players will not be eligible for the foreseeable future. Here are the players that have been placed on the list:

There have been several reports that suggest the Canucks are dealing with the Brazilian variant of the virus, also more known commonly as the P1 variant, which would be bad news for the Canucks. The P1 strain of the virus is believed to be far more contagious, something that could help explain why so many players in the locker room became infected at once.

I have to point out the somewhat incredible karma here, although I certainly would never wish this virus on anyone. Canucks forward Antoine Roussel made headlines last week when he complained of the Montreal Canadiens getting a break in their schedule, in part due to their games being halted over covid, and with his name on this list it would seem he will be getting some extra time off as well.

We of course want to see everyone involved in this current outbreak make a full and speedy recovery and we hope that this won't have too drastic an impact on the Canucks season. With them seemingly destined to miss the playoffs at this point it could very well be that a number of their games this season are never played at all, something that could impact the career statistics of all the players involved both for the Canucks and their oppoennts.

A crazy situation, one we hope is resolved asap.