NHL News : A half naked Brandon Tanev awkwardly sneaks past the camera during post-game interview

Tanev is the undisputed king of awkward, surprised faces! 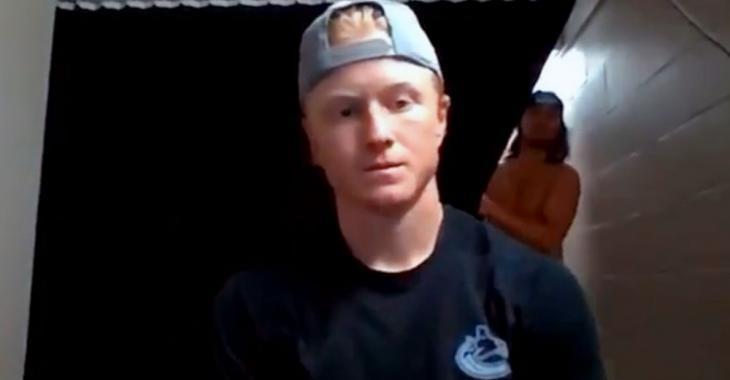 Canucks rookie Jack Rathbone opened the scoring in the game with a beautiful breakaway snipe, earning himself the distinction of scoring the first ever goal in a Kraken game (pre-season). Rathbone was also front and center in post-game analysis before he had his interview interrupted by a half naked Brandon Tanev.

Not sure what I mean?

That's got to be the first awkward moment in Kraken franchise history. Truly one for the record books.