The Pens’ captain has not choice but to deal with it… 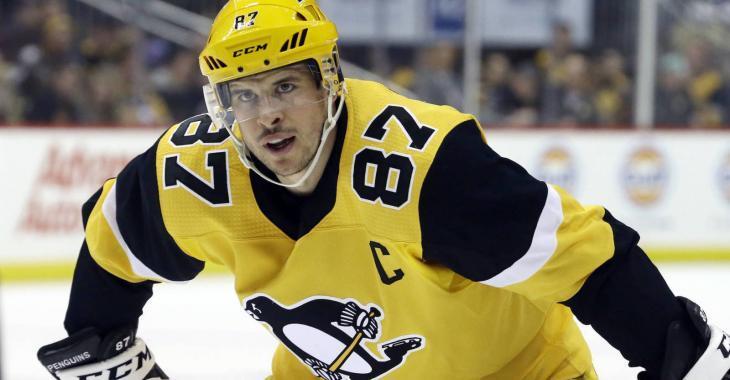 The Pittsburgh Penguins are gearing up for a bounce-back season in 2020-21, however, so many things have changed, they might be a bad omen for captain Sidney Crosby.

Everyone across the National Hockey League knows how superstitious Crosby is : “Legend has it he’s been using some of the same equipment for more than a decade because it fits him just right and he puts it on in the exact same sequence for every practice and game. He also warms up in specific spots on the ice and sits in the same seat on every Pittsburgh Penguins flight. These are just some of his well-worn routines - some of them bordering on quirky - but you get the idea,” - reads the Chronicle Herald.

With the COVID-19 pandemic affecting travels, practices and social gatherings, fans wonder if all of the changes will be a bad omen for Crosby, who attempted to downplay the whole thing in his interview with the Chronicle Herald, though we can sense he gets how different it will be.

“Almost everything feels different, to be honest with you,” Crosby said during a recent media session. “It’s just something that’s constantly there as far as just making sure you have a mask, social distancing and seeing coaches with masks.

“It’s become somewhat normal, whether you’re here at the rink or you’re out and about. It’s just something you get used to having to be aware of but I think as far as the excitement and the anticipation and all that stuff, that’s all the same with the time of year and getting excited to play. I think that’s similar. But as far as the surroundings, it’s definitely much different. There are a lot of rules and a lot of regulations and a lot of things that we have to be aware of here, just making sure everyone stays safe and healthy.”

The NHL has put together a 56-game season and new realignment to make the 2021 campaign work and there is no way Crosby was missing out on it. As part of the adjustments for this season, teams will play the same opponent in back-to-back games, therefore, the Penguins open their calendar on the road tonight against the rival Philadelphia Flyers, followed by a rematch two nights later in the same rink.

“We’re going to see a lot of the same teams so it’s very similar to playoffs where there’s a lot of adjusting and having to adapt very quickly,” he said. “I think that will be the challenge throughout this year and you have to do it fast and on the fly. We’re all aware of that and that’s why we’re putting so much emphasis on (training camp).”

Despite all of the changes affecting the Penguins and the NHL season, Crosby didn’t make any changes to his off-season training back home in Nova Scotia and said he feels as motivated as ever to have a good year. The Pens were ousted in the qualifying round this summer by the Montreal Canadiens and are hungry for playoff contention in 2021.

Rumor: NHL insider reports the Seattle Kraken have chosen their head coach.
Subscibe to
Our NEWSLETTER
Receive the best articles of the web directly in your email