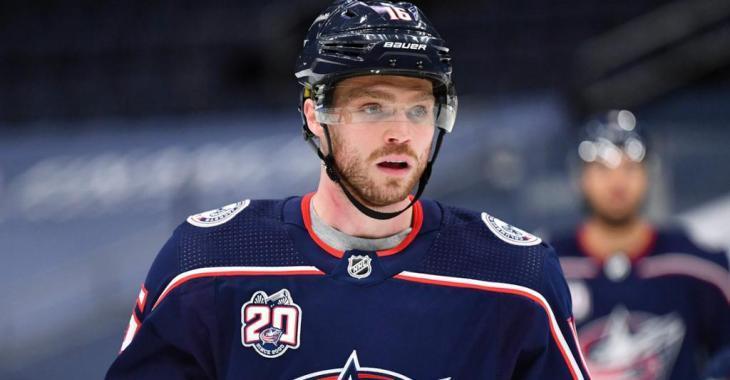 It has been a tough time for forward Max Domi in Columbus. Ever since Domi landed with the Blue Jackets in a one-for-one trade for Josh Anderson to the Montreal Canadiens, the forward has struggled. Bad. Actually, it’s It is an understatement to say that Domi has struggled in his first season as a member of the Blue Jackets : he is putting up a career-low 0.44 points per game (24 points in 54 games) in the fewest minutes of his time in the NHL.

Former Blue Jackets head coach John Tortorella benched him and made him a healthy scratch on several occasions. It started with Domi’s outburst against the Chicago Blackhawks when he rag-dolled Connor Murphy, attempting to force him into a fight. Torts was even more furious when Domi did the same with Dallas Stars’ Rhett Gardner as the head coach benched him for losing his cool again.

Domi has struggled so much that rumour is that, not only are the Blue Jackets trying to trade him, they are having issues finding a partner interested in his services.

Sportsnet’s Elliotte Friedman has reported that Columbus believes he isn’t a fit in the organization and are trying to move him to a team that is a better fit.

“I think they’re trying to move Max Domi,” Friedman said on the latest edition of the 31 Thoughts podcast.  “I just don’t know if the fit is going to work (in Columbus). I think they want to see if they can get him to somewhere else where the fit might be better.”

We’ve heard that before.

On top of that, Domi has one more year left on the two-year deal he signed with the Blue Jackets. It comes with a base salary of $6 million and a $5.3 million cap hit. Expensive. AND: he miss at least the first month of the 2021-22 NHL season due to a shoulder injury if he stays on his current timeline.

The Blue Jackets left him unprotected at the Seattle Kraken’s expansion draft last month, but the new team didn’t want him…

At this point, in order to get rid of Domi, the Jackets might have to take on a bad contract in return, and if that one is worse than Domi’s, they could be able to acquire draft picks or other assets in that deal.

It sounds like Domi could play for a fourth team in just three years! And he cannot blame Tortorella for this! He was replaced by Brad Larson, so clearly, it’s management who wants him gone.