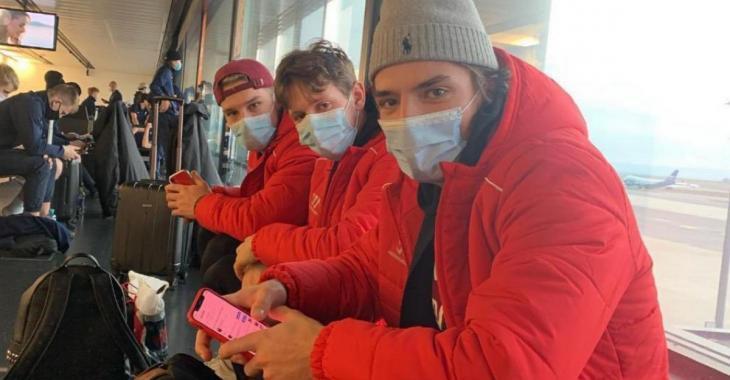 The World Junior Championships has kicked off with an absolute clown show thanks to some embarrassing logistical errors that has now left dozens of young players, coaches and media stranded at the airport during a global pandemic.

News began to break this morning when Finnish media began reporting that the squad that would be representing their country at the World Juniors was stranded at an airport. The Finnish team was supposed to board a plane that would transport them, the Swedish team, and the Russian team, to the tournament but as of right now that does not appear to be happening. It would appear that the issue is related to how much cargo all 3 teams are carrying, although that has not officially been confirmed at this time.

It seems a fair assumption that the reason all 3 teams are being packed onto this one plane is due to the economic strain put on everyone as a result of this pandemic, but surely a problem of this nature should have been avoidable. Unfortunately the situation has only further devolved from here.

NHL reporter Scott Wheeler now reports that 3 other teams, Austria, Slovakia and the Czech Republic, are in the same boat as our first 3 teams and it sounds like its for the exact same reason.

Wheeler reports that the problem may be related to a mandate from the IIHF regarding social distancing, which makes you wonder why in the world they booked 3 teams per plane, and how that mandate conflicts with the crew's solution to the cargo problem.

As of this writing there does not appear to have been a solution to this problem. This of course would put the entire tournament in jeopardy, however I suspect that a solution will be worked out before we reach that point.

I certainly am not about to place blame on any team that may potentially refuse to get on one of these planes given the circumstances. Although there were other mitigating factors around that event, it was just 9 years ago that an overloaded plane carrying the Lokomotiv Yaroslavl players and staff crashed, resulting in arguably the worst tragedy in the history of the sport.

Update: It would appear a second plane will be commissioned to pick up the luggage with the Russian, Swedish teams all on board the original plane. I presume the same will be done in the case of the Austrian, Czech and Slovakian teams.

One more move for Alex Galchenyuk...
Subscibe to
Our NEWSLETTER
Receive the best articles of the web directly in your email