NHL News : 6 players held out of the lineup ahead of the trade deadline.

A sign of who may be on the move.

Published on Saturday, April 10 2021 by HockeyFeed in NHL News 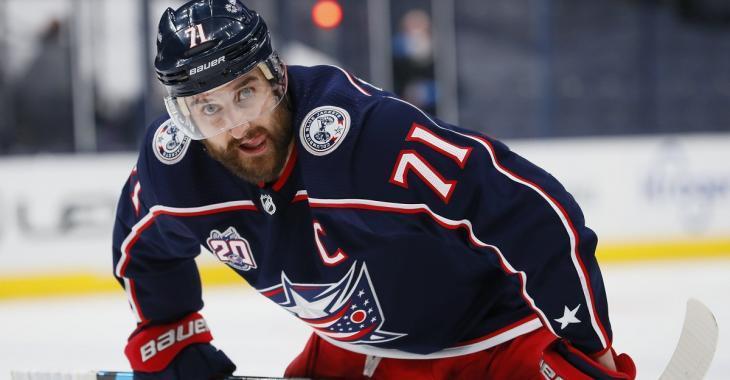 It's that time of year in the National Hockey League, a time when fans of teams headed for the playoffs salivate at the prospect of adding a big name to their already talented roster and a time when players nervously await the news of whether or not they have been moved.

The National Hockey League's trade deadline is less than 48 hours away now and that means that we have entered crunch time as teams make their final roster decisions before locking in those rosters for the remainder of the regular season and the playoffs. As a result teams have been much more cautious with players that could potentially be on the move, wanting to avoid injuries at all costs, and Saturday night was no exception to that rule.

A total of 6 notable players were held out of the lineup this evening, all 6 of them on different teams, presumably in anticipation of them being moved before Monday's deadline. We'll take a brief look at each player that was held out tonight, a preview of sorts in case they do in fact end up playing for a new team when the deadline has come and gone.

Foligno is the biggest name on the list at this point in my estimation and he also happens to be the Blue Jackets captain. He is currently listed as "day to day" with a minor injury but his name has been the subject of much trade speculation and there's little doubt in my mind that this was a precaution in anticipation of a trade. Foligno is an unrestricted free agent at the end of this season and has failed to secure a new extension with the Jackets, that usually signals a trade.

The Chicago Blackhawks were one of the first teams to announce today that they would be holding out a player, and they did little to hide the reason for that change to the lineup. Janmark was sidelined due to an "organizational decision" as per the Blackhawks, and that sounds very much like an intent to trade to me.

He likely would have been the biggest name on the list were it not for his catastrophic season with the Sabres and his monstrous cap hit of $8 million for this season, Hall is nonetheless an enticing prospect. The former NHL MVP may simply have been a victim of a terrible season on a terrible team, but losing does seem to follow him wherever he goes. The Sabres seem confident they can move him however, having kept him out of the lineup for several days now.

The veteran defenseman has largely flown under the radar as a member of the Ottawa Senators but the Senators clearly believe there is interest. Coburn did win a Stanley Cup Championship in 2020 so he's got that valuable experience attached to his name, but there are obvious problems here as well. Coburn has suited up for just 16 games this season, so picking him up at the deadline would be a gamble for all but the most desperate of teams looking to add a veteran defenseman.

The announcement was made on Saturday that Haydn Fleury would be sitting out heading up to the trade deadline, and that would appear to indicate that the Hurricanes are willing to move him. Fleury is a young defenseman with team control, and I suspect that the Hurricanes are looking to include him in a swap for a more proven defenseman as they head into the Stanley Cup playoffs themselves.

Merrill isn't a huge name by any stretch of the imagination but it was no surprise to see the Red Wings sit him when you consider that they are looking to move just about everyone ahead of the deadline. The big advantage for the Red Wings here is that Merrill comes in at a relatively cheap $925,000 as a pure rental which should make him an enticing option for teams up against the salary cap that are also looking to add depth to their blue line.