NHL News : 5 players who may have to settle for a PTO.

6 players who may be on their last chance. 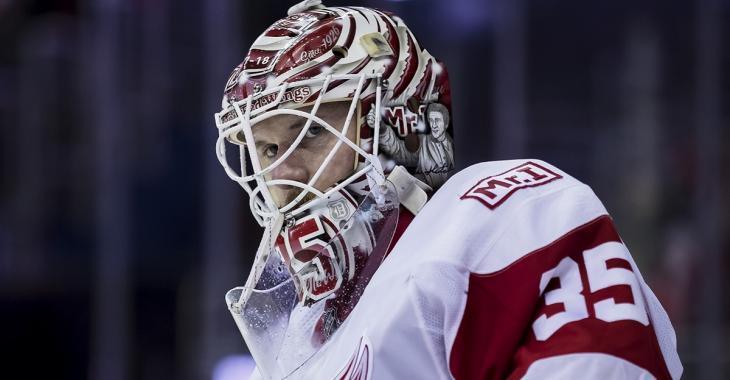 The National Hockey League's free agency period has dried up unlike at any another time in the past and as a result even premier names like that of forward Mike Hoffman remain without a contract.

The focus at this time has been on the best players still available on the free agent market, with many wondering if those players will have to take a significant pay cut in these difficult times, but they won't be the only ones impacted by this unusual free agent period. Many fringe players who could normally have expected teams to take a gamble on them with a league minimum type of contract are now on the outside looking in. In fact I suspect that many players who would fall into this category will have to accept a professional tryout offer (PTO) and earn that league minimum contract in training camp if they expect to play this season.

Keeping that in mind, here are 5 players I believe are candidates for a PTO in no particular order:

I feel bad for Jimmy Howard. As of right now the veteran goaltender does not have a contract and he looked abysmal last season while playing behind the worst team in the NHL, the Detroit Red Wings. Howard does not want to go out that way, and I can't blame him, but I suspect that the only way he gets a new contract at this point is by earning it in camp.

The moment Alzner signed his contract with the Montreal Canadiens there were many who were critical of the deal and as it turns out, they were right. Alzner and the Canadiens were a terrible marriage from the very start and that relationship mercifully ended in the offseason when the Canadiens bought out the remainder of his contract.

In spite of being 39 years old Ron Hainsey continues to show that he is a serviceable blue liner at the NHL level. He played 64 games for the Ottawa Senators last season and although you won't be seeing him in anyone's top 4, he is still a serviceable depth addition.

Anderson's final season with the Ottawa Senators was an underwhelming one. Although not nearly as poor as Jimmy Howard's in Detroit, Anderson will still be very hard pressed to find a new home at 39 years old and with relatively little left in the tank. A tryout may be the best he can hope for in these tough financial times.

Abdelkader always wanted to be a Red Wing, something he made clear in an emotional farewell letter penned to the team and its fans after being bought out of his contract in the offseason. The next phase of his career however will necessitate that he plays for another team if his future in the NHL is to be on the ice. Abdelkader, like his teammate Jimmy Howard, did not look good on a bad Red Wings team last season and I seriously doubt that there will be many teams vying for his services.

Jeff Petry's wife victim of discrimination in Montreal.
Subscibe to
Our NEWSLETTER
Receive the best articles of the web directly in your email