NHL News : 4 candidates now out of the Jack Eichel’s sweepstakes!

It sounds like we’re getting closer to a trade… 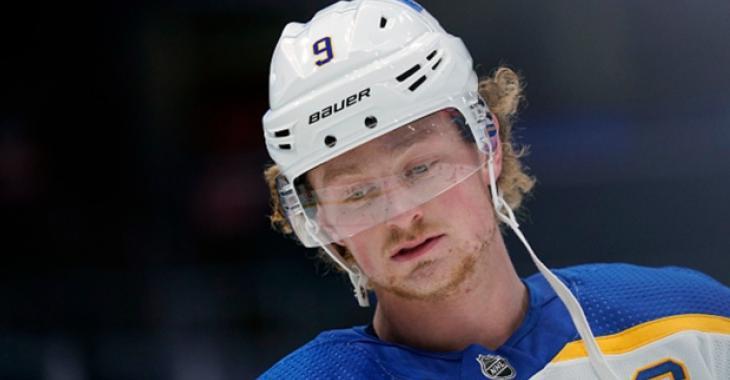 Things are moving in the Jack Eichel saga as a lot of improvement has been reported during the past week.

It started off with TSN’s Darren Dreger reporting that ongoing discussions and additional access to Eichel’s medical file has helped teams with trade interest clearly see his situation. He adds that both the Sabres and Eichel are hopeful a deal can be worked out soon with one of the interested teams.

The focus remains on getting Eichel the treatment he needs for his neck injury, though there is also some improvement in the trade situation. As you know, Eichel failed his physical at the Buffalo Sabres’ training camp and was stripped of his captaincy. His trade and future remain uncertain all because the team and its franchise player remain at an impasse over surgery options. Eichel favors having artificial disk replacement surgery. The Sabres are against him having the procedure because it has never been performed on an NHL player. However, the Sabres’ way means that a patient could have three surgeries in 20 years. We can understand why Eichel wants to get it done his way.

Last night, Pierre LeBrun mentioned on Insider Trading on TSN that the Sabres are willing to make part of Eichel trade conditional.

Things are moving and now on Friday morning, LeBrun was at it again with the reports that some previously interested teams are now out of the running to acquire Eichel.

LeBrun explained that the Minnesota Wild and Philadelphia Flyers are believed to be out of the sweepstakes following the offseason moves they made. He believes the New York Rangers, who were linked from the start to Eichel, have now less interest. And that the Los Angeles Kings, though they did consider it for a while, are not involved anymore.

LeBrun suggests that the Anaheim Ducks and Calgary Flames are still in the running. He did not say anything about the Vegas Golden Knights who were once believed to be interested.

Things will get interesting in this saga that’s been going on for way too long. We hope for a resolution not only from a fan’s standpoint, but especially for Eichel who needs to get under the knife for his health.

Let’s see when we can get a trade!