A confusing move on the surface. 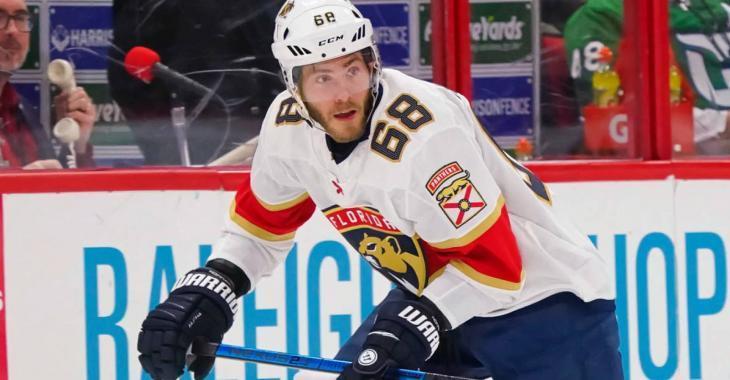 On Sunday evening the St. Louis Blues announced the signing of veteran National Hockey League forward Mike Hoffman to a professional tryout offer (PTO). The move on the surface was a surprising one given that Hoffman no doubt had a number of real contract offers on the table and it has left many fans wondering why Hoffman would instead sign a tryout.

Although I'll be speculating quite a bit here I think I've got a pretty solid grasp on where this one is headed and I've come up with 3 good reasons I believe that Mike Hoffman has chosen to go down this route with the Blues.

#1 The Blues are a Stanley Cup contender.

If Hoffman is a true competitor than one of the top priorities on his list would have been to find himself a solid contender to join, and the Blues certainly fit that description. The Blues captured the Stanley Cup in 2019 and although their roster has undergone significant changes since that championship run they are still considered among the favorites to go all the way this season, something that the addition of a proven goalscorer like Hoffman can only help improve.

#2 A PTO allows Hoffman to begin working out with his new team.

The Blues are already over the NHL's salary cap limit for the upcoming 2021 season and are therefore unable to sign Hoffman to a contract at this time. By signing him to a PTO however the Blues have now made it possible to bring him in for training camp prior to officially signing him to a new deal with the organization. Given the shortened training camps each team will experience this season, as well as the lack of exhibition games that you would normally see during those camps, this is of great importance for both Hoffman and the Blues.

#3 The Blues are about to have a boatload of cap space.

As I mentioned the Blues are already over the NHL's salary cap limit, so you might be asking how in the world can they afford to sign Mike Hoffman? Well that is exactly what I believe this PTO is really about. The Blues currently have both Vladimir Tarasenko and Alexander Steen on the sidelines with long term injuries, but they won't see the cap relief from having those players on long term injured reserve (LTIR) until the start of the regular season. I suspect that Blues general manager Doug Armstrong and Hoffman already have an agreement in place, one that is set to kick in when the regular season begins.

Cap Friendly has confirmed that the Blues will have a whopping $13.25 million once Tarasenko and Steen are on LTIR, giving them plenty of room to sign Hoffman to a new deal even when you factor in that restricted free agent defenseman Vince Dunn still needs a contract as well.