NHL News : 20 candidates, including Chiarelli and Hextall, in the running for Pens’ GM job

They want to name a general manager in the coming weeks. Clock is ticking. 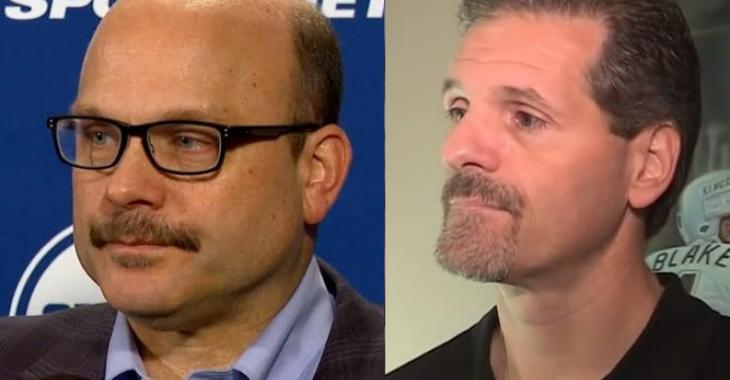 There is no time to waste. According to Pierre LeBrun, the Pittsburgh Penguins are hoping to name their new general manager in less than three weeks and the search has begun.

The clock is ticking and the schedule for interviews will be busy for the Penguins’ organization seeing that it has been reported that 20 candidates contacted the club to express interest in the position as of Thursday afternoon. Jason Botterill, Chris Drury, Ron Hextall, Mark Hunter, Tom Fitzgerald, Peter Chiarelli, Scott Mellanby, Mike Gillis, Laurence Gilman, John Ferguson Jr., and Mike Futa are all on the Penguins’ radar, according to LeBrun.

However, one man gets the first interview, as LeBrun explained on last night’s edition of Insider Trading on TSN:

‘Now, Patrik Allvin, the interim GM, will also be a candidate. In fact, he’s getting the first interview. While the Penguins are going to talk to a lot of people, they’re going to get to their shortlist in a hurry and I’m told they want to have a GM in place within two to three weeks from now.”

Allvin was promoted Penguins’ interim general manager as soon as it was announced that longtime GM Jim Rutherford resigned for personal reasons on Wednesday.

Many names stand out from the list of candidates who have inquired about the vacant job. Chiarelli formerly held the same role with the Boston Bruins and Edmonton Oilers and his name has come up in several GM openings in the past season. Hextall served as GM of the Philadelphia Flyers from 2014-18 and is currently a hockey operations advisor for the Los Angeles Kings, for which he served as assistant GM from 2006 to 2013.

Both men reportedly interviewed for the Minnesota Wild’s GM vacancy in 2019 before the team hired Bill Guerin, who was previously in Pittsburgh.

Rutherford is 71 years old and has been GM of the Penguins since the 2014-15 season, making the playoffs every year and leading the team to back-to-back Stanley Cup championships in 2016 and 2017. He was named to the Hockey Hall of Fame in 2019.

Who will get to replace him at the reigns of the Penguins?

Flames mom & Oilers dad beg the hockey community to help save their little boy.
Subscibe to
Our NEWSLETTER
Receive the best articles of the web directly in your email