Will he end getting traded this time? 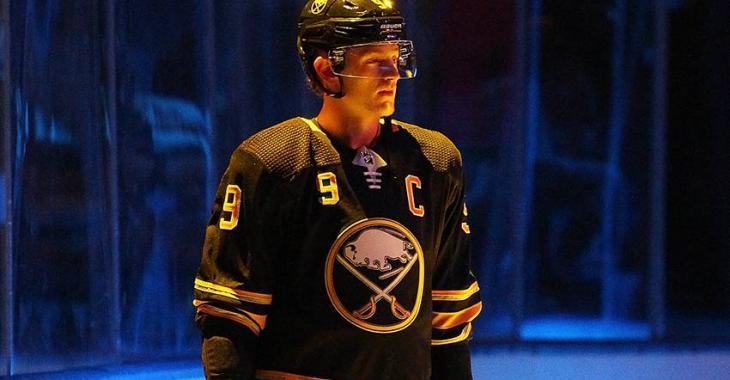 The Buffalo Sabres are losing again and we bet captain Jack Eichel’s patience is growing thin. Even after adding Taylor Hall to their roster in the offseason, the Sabres sitting are 4-6-2 with just 31 goals in 12 games.

Last season when things were as bad, Eichel had voiced his frustration and rumours emerged that the star forward might want out of Buffalo.

And you bet these talks are back on the table, and they seem more serious now. Sportsnet’s Elliotte Friedman joined The Instigators on WGR550 in Buffalo on Thursday and mentioned without hesitation that he could see Eichel on the move this season.

“Look, we know that this was something that came up last summer. I don’t know that it was ever close. The feeling that I’ve always had is that Buffalo knew Eichel was unhappy. They asked Eichel to take a step last year and he really did, we’ve talked about how much of a step Eichel took last year. Still, when it came to team success it just didn’t really go anywhere. Now you look at where it is this year, you know he’s going to be frustrated, and there were conversations last year. But what I was told was, the Sabres just said ’we are not ready to do this. We are not ready.’ Teams made offers, it was communicated that he was restless. I don’t think he ever asked for a trade, I don’t think it got that far. But he was restless and teams knew it. The Sabres took some offers and said ’no we’re not ready to do this.’”

We all know that trading Eichel and his $10M-per-year contract won’t be easy and won’t allow all teams to get in the mix, however Friedman noted that the New York Rangers and Los Angeles Kings could both potentially put together packages for Eichel from the number of assets in the organization, but he didn’t imply they have made an offer at any point.

Eichel’s no-move clause does not kick in until the 2022-23 season, the year he would have normally been eligible for unrestricted free agency.

But you have to understand how badly Eichel wants a taste of the postseason and a chance to be a real winner and he’s held on for a while in Buffalo.

He deserves a real chance to win. He might not get it with the Kings, but the Rangers could provide him that opportunity.

Nick Foligno has a message that is “hard for the fanbase to hear right now.”

Tragedy strikes Capitals forward T.J. Oshie
Subscibe to
Our NEWSLETTER
Receive the best articles of the web directly in your email