NHL News : 14 of the NHL's 15 highest paid players have been eliminated from Stanley Cup contention 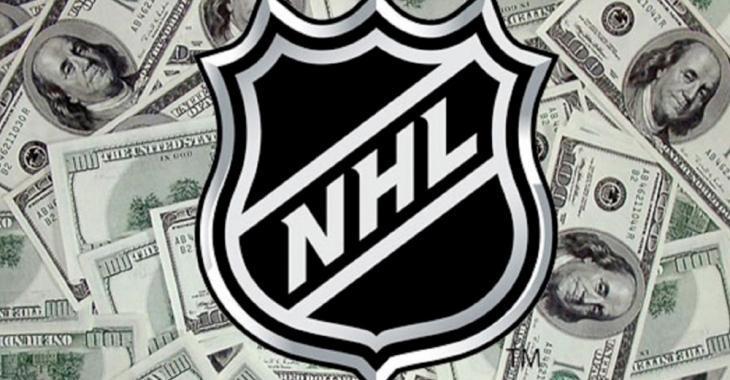 With the Toronto Maple Leafs officially bowing out of the Stanley Cup Playoffs last night, three of the league's highest paid players have been eliminated from Cup contention. Auston Matthews, John Tavares and Mitch Marner all earn roughly $11 million annually and will be counting their money from the comfort of their living room sofa the rest of this offseason.

As it turns out though, they won't be the only high priced superstars watching the playoffs from home. A full 14 of the NHL's 15 highest paid players have been eliminated from post-season contention. The only one left? Montreal Canadiens goaltender Carey Price, of course.

A few things stick out, namely the difference in age amongst these players. Guys like Drew Doughty, Patrick Kane, Jonathan Toews, Anze Kopitar and Alex Ovechkin have earned every dollar they've been paid. These guys have been integral parts of Stanley Cup championships and have delivered incredible value to their teams over the course of their careers. I don't hear anybody whining in L.A., Chicago or D.C. about their Stanley Cups.

On the next tier you have guys like Tavares, Price, Erik Karlsson, Artemi Panarin and Tyler Seguin. Are these guys superstars? You could argue so, sure. They haven't delivered a championship yet, but there's still reason to believe that they can get the job done and there's no denying the fact that they're elite level players even if they haven't fulled lived up to their contracts just yet (although Rangers fans may disagree).

Then, you have the young guns like Matthews, Marner, Connor McDavid and Jack Eichel. They're great players sure but... well what have they done for their teams? The Oilers and Leafs can't make it out of the first round and the Sabres can barely make it out of the first month of the regular season. You could argue that all three of these teams are no better off than they were before their young superstars arrived.

Finally, Bobrovsky sticks out as just an all-around bad signing. His contract was bad the day it was signed and looks even worse two years later.

I guess all of this just serves to illustrate that money and star power can't buy you a Stanley Cup championship.

Report: Elias Pettersson has left Vancouver
Subscibe to
Our NEWSLETTER
Receive the best articles of the web directly in your email