NHL News : 11-year-old boy with cerebral palsy who dreamed of playing hockey with his friends has his dreams come true 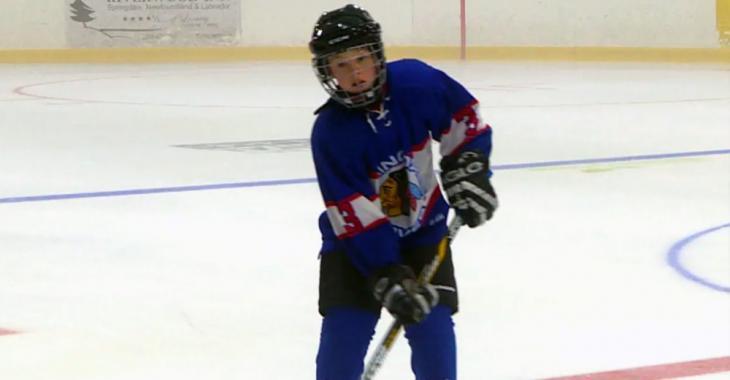 When Memorial University engineering professor Leonard Lye heard of Carter's predicament, he went to work on creating a solution.

"Basically what I had to do was find a pair of hockey gloves that fit him — size 11 junior glove — which took a while because at the time all the stores were closed," said Lye, while demonstrating the process that went into his custom-made glove.

"Finally we found a pair of the right size, and then [had to] figure out how to convert five fingers into a mitt."

After a few prototypes, Leonard gifted Carter his new custom-made glove so that he can join his friends on the ice and join his very first hockey team.

"It means a lot. It gives him a chance to be like everyone else, all of his friends, and get on the ice and enjoy the game," Carter's mother Charlene Burton said to CBC Newfoundland.

And it's not just Charlene who is grateful to Leondard, Carter had a special message for the man who got him in the game:

"Thank you a lot. Now I got the opportunity to play hockey because of you," Burton said, expressing his thanks to Lye.

"I'm learning lots of new stuff because of him, and I just love hockey."

Watch the video below and tell me this doesn't make your day:

Buffalo Sabres win the 2021 draft lottery!
Subscibe to
Our NEWSLETTER
Receive the best articles of the web directly in your email