Published on Sunday, April 11 2021 by HockeyFeed in Images 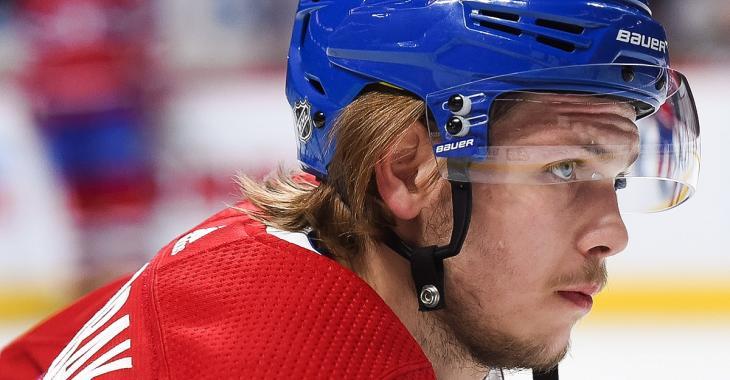 This is one of the ugliest injuries I have seen in a long time. It may not be particularly serious in nature, but boy oh boy does it ever look terrible.

Over the weekend former Montreal Canadiens first round draft selection Nikita Scherbak suffered an awful looking injury while playing for the Texas Stars of the American Hockey League. The injury occurred during a match against the Colorado Eagles and although many of us saw Scherbak get hurt, no one could have truly predicted how bad the damage was.

I want to warn our readers that these images are not for the faint of heart, and for this reason I will start by showing the picture of the aftermath rather than the picture of the injury itself. I'm being very serious here, one of these images in particular is very hard to look at so if you have any issues with seeing people hurt you may want to look away.

That being said, here is Scherbak after he has been stitched up by doctors.

That is a gnarly scar to be sure, but unfortunately for Scherbak it looked a whole lot worse when it initially happened. It would seem that he is talking it all in stride however, as Scherbak himself appeared to compare his new look to that of the joker when publishing this photo on his instagram account. Again I will warn you that viewer discretion is advised.

Thankfully the good news is that he appears to be relatively ok and although there's a chance he will be sporting a new scar when the stitches have healed up, he is expected to make a full recovery.